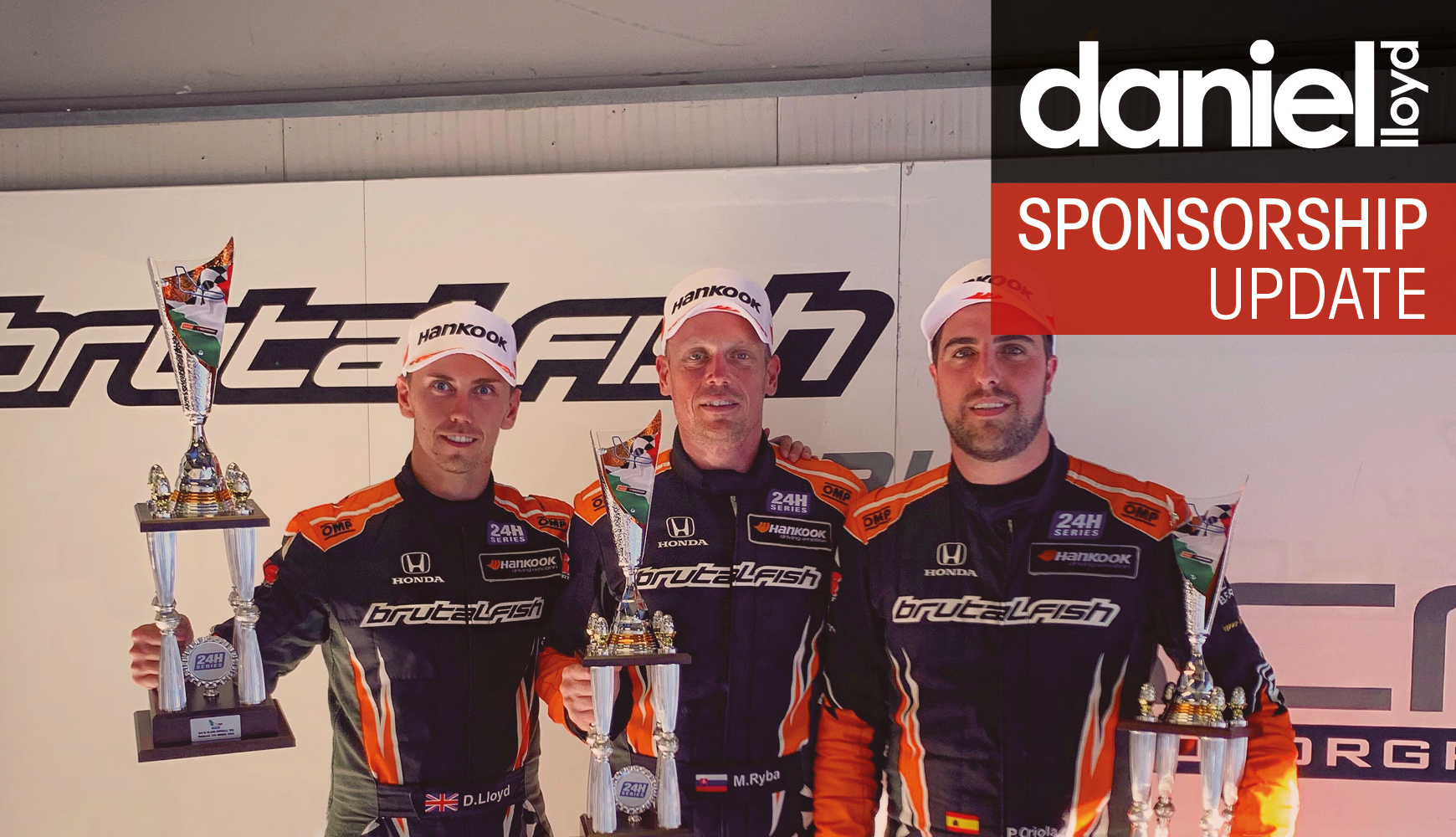 Daniel Lloyd marked his return to endurance racing with a remarkable debut in the Creventic 12 hour race at Monza over the weekend, claiming pole position, a third-place podium, and fastest lap honours at the iconic Italian circuit (July 10-11).

Racing under the Brutal Fish by KCMG banner in the TCR class alongside his TCR Europe team-mates Martin Ryba and Pepe Oriola, the Yorkshireman opened the weekend in perfect style. Securing pole position during Friday’s qualifying session; Lloyd’s leading lap in the Honda Civic Type R was half a second clear of his nearest rival.

Taking the opening stint, Lloyd quickly built up a good 15-second gap the pack ahead of the first pit-stop. Regrettably, a refuelling issue cost the team vital time in the pits and race lead was lost as Friday’s session came to a close.

An excellent run from the 28-year-old on Saturday morning saw the #122 Civic retake the class lead during the opening hours before a mass deluge of heavy rain resulting in zero visibility and a flooded track brought the race to a halt at the 7.5-hour mark.

Called in action for his third and final stint, Lloyd once more took the class lead and the Brutal Fish with KCMG squad looked set to take the chequered flag before disaster struck.

With just 30 minutes remaining on the clock, Pepe Oriola reported an electrical issue (thought to have resulted from the earlier storm) and the Honda came to stop on track. A swift recovery and restart from the crew saw the #122 Civic re-join the race for the closing laps to seal the Brutal Fish with KCMG squad’s maiden 24H Series podium, taking 3rd in class.

“What a weekend that was” commented Lloyd. “It was a real rollercoaster of emotions and drama and a great return to endurance racing.”

“It was a real shame to lose the win in the way that we did, but that’s endurance racing. The KCMG crew did a great job with the car, and we clearly had the pace to win. It just didn’t go our way out on the track. Pole position and a podium on our debut is nothing to be sniffed at though, and that’s two podiums from my last two visits to Monza.”

“It was really useful to spend the time with Martin and Pepe over the weekend. Sharing seat-time in the car, and in the debrief sessions was a really valuable lesson for us as new team-mates. It was the perfect warm-up to our TCR Europe Series. I can’t wait to get going now.”

Highlights from each race and qualifying can be found on the 24H series YouTube channel: https://www.youtube.com/user/24HSeries/videos